Segwit(Segregated Witness) has reached its lock-in threshold needed for activating it. The miners who opposed this change are out from the bitcoin blockchain in the form of BTH or Bitcoin Cash. The 4 years long, much debated bitcoin scaling upgrade reached the required threshold to activate segwit block 479,707 with 100% of bitcoin mining pools signaling support for the proposal. This block was mined by BitClub who is a strong supporter of Segwit. Now long term investors should wait for the “signeling period” to end and then activation. The whole event is similar to what happened in litecoin.

The segwit activated network is on a grace period of 2 weeks which is possibly ending by August 21st. This grace period is meant for minors and exchanges to adapt to the changes and be ready for segwit confirmation signaling. By the end of August 21st grace period will end and miners will start rejecting the blocks that do not support segwit. I presume that this event will end gracefully with a positive price action for the whole Bitcoin community.

Why Segwit Is Important For Bitcoin

As I pointed out in the last article on Litecoin, Segwit opens doors for more scalability for Bitcoin. The biggest problem faced by Bitcoin in the last 1 year was the long wait in confirmation time and transaction fees. Once lightning network is implemented, the number of transactions per second can grow to millions. It would be interesting to see how litecoin price will react lightning network activation and I feel similar price action will be visible in Bitcoin as well.

Some Price Predictions For 2020

According to analysis by Harvard academic Dennis Porto,the price of bitcoin could hit $100,000 per coin if it follows one of tech’s golden rules called Moore’s law. Bitcoin mass adaption is still in nascent phase and Porto expects that this doubling trend could continue until bitcoin reaches mass adoption.

Moore’s Law in nutshell: This rule is normally used in technology space, especially in storage and processing power areas. Gordon Moore, Intel co-founder, noticed that the number of transistors per square inch on integrated circuits had doubled every year since their invention. Moore’s law predicts that this trend will continue into the foreseeable future. 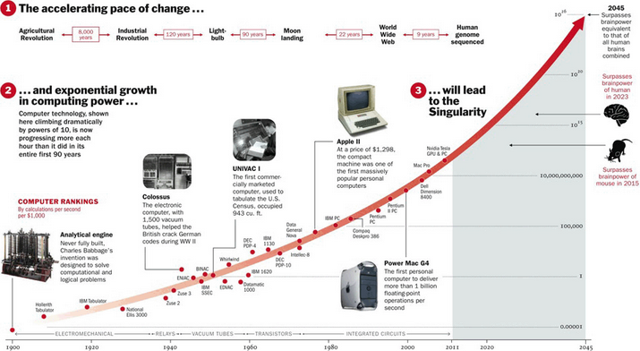 The price of Bitcoin hits all time high of $3500. Now $2750 and $2000 are strong support areas for long term investors. I presume that Bitcoin is out of woods, both technically and politically after the long lasted 4 years of civil war. Thus for me, BTC is a hold till 2020 and to be added more at above levels by taking calculated risks. Happy investing!!